Webinar This webinar will be hosted by Zoom HONG KONG
Go to official site
Event Fees
ULI Members: Complimentary
Non-members: USD30
Register Yourself Register Two or More
View Event Attendees
Time: 9:00am – 9:45am HKT (UTC+8); 10:00am – 10:45am JST (UTC+9); 9:00pm – 9:45pm EDT previous day
Stay connected and engaged through ULI Asia Pacific Digital Programme. Our new series of webinars will feature a wide range of topics, curated by members for members. We hope you will find the sessions relevant and valuable to your work and business. Simultaneous interpretation in Mandarin and Korean will be provided during the webinar. A recording can be obtained afterwards for anyone who registers.
Join us for this active discussion on private equity opportunities and strategies in the with-pandemic and post-pandemic worlds. This webinar offers a glimpse into the strategies and mindsets of Japanese private equity firms in a world "dominated" by global private equity names. 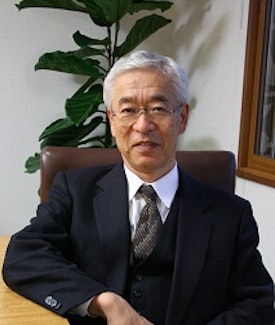 Masao Konomi born in Tokyo in 1943 and graduated from the University of Tokyo in 1966 with EE. Worked for Mitsubishi Electric Co., Ltd., and designed and developed the first airborne tracking radar for F-1 fighter in Japan. In 1971 , took a leave of absence to attend Harvard Business School and graduated with an MBA in 1973. Then, joined Morgan Stanley in New York and in 1976 was transferred to its Tokyo office. Actively dealt with the financial, industrial, energy and real estate industries, in the areas of Euro-dollar financings and foreign investments. Left Morgan Stanley in 1981, commercialized his inventions for the next 20 years and formed Konomi, Inc. in 1983. Since 1989, has been active in placing leading overseas private equity funds with Japanese institutional investors. Clients include the UK-based Charterhouse Development Capital, US-based GoldPoint Capital Partners (New York Life) and Asia-based Axiom Fund of Funds. Is also active in serving Japanese clients and non-Japanese clients in cross-border transactions in Australia, Vietnam, China, Europe and the US.
View in Member Directory Will open in a new window 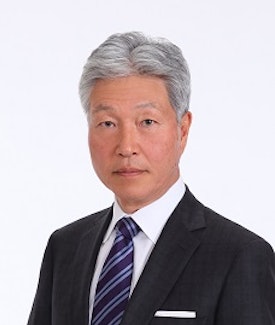 Nobuyoshi John Ehara co-founded Unison Capital in 1998. Unison Capital, a pioneer in the private equity business in Japan, is among the region’s leading firms today. Mr. Ehara has spearheaded the firm since its inception, building its team and operations. Mr. Ehara was instrumental in establishing the Private Equity Association of Japan. Mr. Ehara served as its first Chairman from 2005 to 2007, and again from 2013 till 2015. Mr. Ehara has served as Director of Asia Pacific Initiative, an independent think-tank based in Tokyo since May, 2013. He has been on the board of Sumitomo Corporation since June, 2016. He was appointed as a member of the International Business Council of the World Economic Forum in 2018. He served as Chairman of Asia Business Council, the first pan-Asian CEO organization formed by a group of Asian business people from February 2017 to February 2019. Prior to founding Unison Capital, Mr. Ehara spent sixteen years as an investment banker at Goldman Sachs, building its franchise in Japan. In 1988, he became the first Japanese to be selected General Partner of Goldman Sachs. Mr. Ehara worked at Morgan Guaranty Trust Company in New York and Tokyo between 1978 and 1980. Mr. Ehara holds a B.S. in Architecture and a B.S. in Civil Engineering from the Massachusetts Institute of Technology and an M.B.A. from the University of Chicago Graduate School of Business.
View in Member Directory Will open in a new window 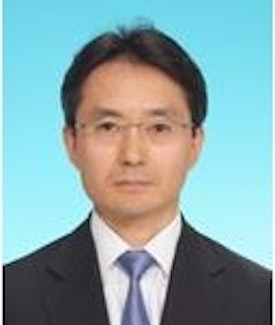 Hironobu Wakabayashi, a Managing Director in the Investment Group, joined Japan Industrial Partners (JIP) in 2018. Most recently, prior to joining JIP, he was a Managing Director at Sangyo Sosei Advisory. Before that, he had been responsible for leading business origination and development in M&A advisory with focus on Technology, Media and Telecommunication (TMT) and General Industry sectors as a Managing Director at Morgan Stanley (Tokyo) for more than decade. He has significant experience and proven investment banking track record in both domestic and cross-border M&A transactions. Originally joined the Industrial Bank of Japan (IBJ) and moved to IBJ International (London) focusing on Debt Capital Market solutions. Wakabayashi received a MSc in Finance from London Business School and a B.A. from the University of Tokyo. He is a Chartered Member of the Securities Analysts Association of Japan and a registered member of the Japanese Institute of Certified Public Accountants.
View in Member Directory Will open in a new window 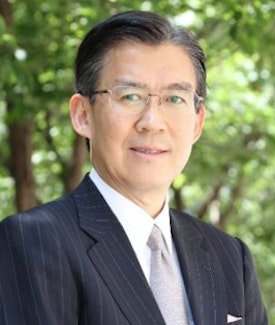 Shuji Tomikawa is President of Mitsui Fudosan Investment Advisors, Inc. (MFIA). Previously he was Managing Officer and Chief Operating Officer of the Real Estate Solution Services Division of Mitsui Fudosan. He was one of the founding members of MFIA – established in October of 1997 – where he served as Managing Director in charge of Client Relations. Between 1989 and 1995 Tomikawa was Vice President at Mitsui Fudosan’s New York subsidiary, Mitsui Fudosan (New York), Inc. where he oversaw the asset management of Mitsui Fudosan’s East Coast portfolio including the 1251 Avenue of the Americas and 461 Fifth Avenue buildings. Tomikawa was an adjunct lecturer at Keio University between 1998 and 2007. He received a B.A. in Economics in 1983 from Keio University and an M.B.A. in 1988 from Harvard Business School.
View in Member Directory Will open in a new window

Be a part of the most influential real estate event of the year. Join thousands of leaders from every sector of the industry October 13-15, 2020.

Members Only ULI Toronto: MasterClass - A Perfect Storm: Why Placemaking in the current climate is more important than ever before

ULI Toronto: Webinar - How is Community Engagement Evolving in the Era of COVID?