The ULI Fireside Chat program has always been an intimate conversation among industry leaders. The event concept is based on the “Inside the Actor’s Studio” concept where iconic leaders in the Toronto Real Estate Community are interviewed on stage. Sometimes a legacy discussion and sometimes a discussion about change is a way to get inside the minds of those who have, or will, have a significant influence on the way our city is developing. 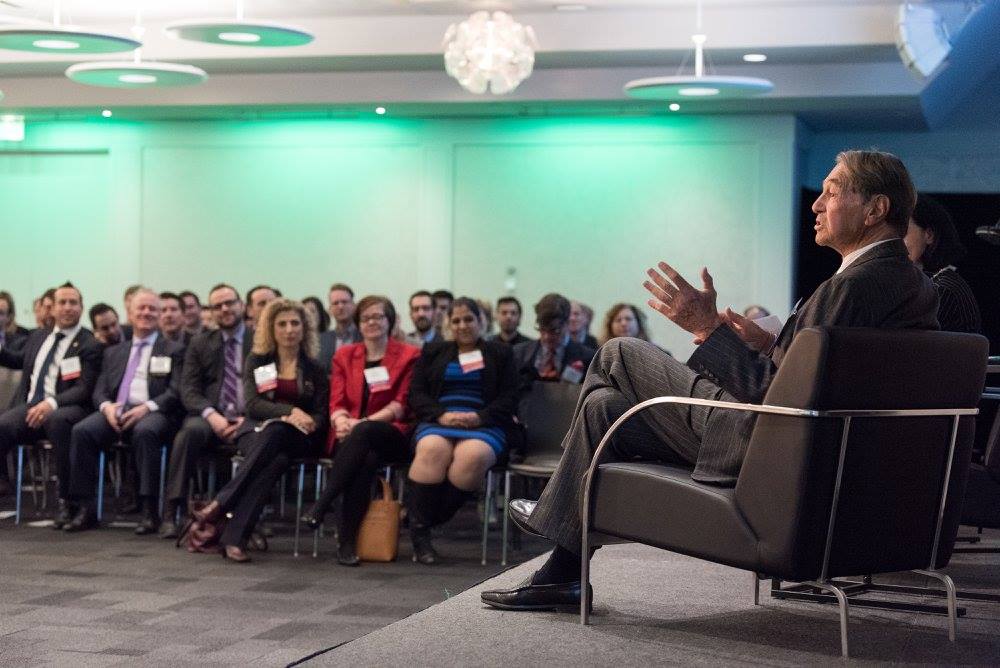 Simply put, there is no more recognizable name in Canadian municipal law than Jane Pepino, founder of Aird & Berlis’ Municipal and Land Use Planning Group. In a career that spans more than 40 years, Jane has shaped many of the most consequential city building developments in the Toronto Region. Decorated for her professional and philanthropic leadership, Jane is the 2020 recipient of the NAIOP Greater Toronto Community Service Award, the Canadian Urban Institute’s David Crombie Award, the Jewish Women International of Toronto, Woman of the Year Award, and Member of the Order of Canada – to name a select few. In the tradition of ULI Toronto’s annual Fireside Chats, Jane will offer an unvarnished perspective of over four decades of real estate development and her journey as a pioneering legal giant in our industry in a candid one on one interview with her colleague—and long time friend, Steven Zakem, Managing Partner at Aird & Berlis.

A special Spring Meeting edition of ULI Toronto’s 12th annual Fireside Chat took place in 2020 with Gary Berman, President & Chief Executive Officer, Director, Tricon. Since joining Tricon in 2002, Mr. Berman has built on the company’s 30+ year history of innovation and continuous improvement to help transform Tricon from a private provider of equity and mezzanine capital to the for-sale housing industry to a publicly listed, residential real estate company with a clear focus on rental housing in North America. Tricon is the third-largest public owner of single-family rental homes in the U.S. and recently acquired a major portfolio of multi-family properties in the U.S. sunbelt. The Selby, the first of Tricon’s purpose-built rental buildings in Toronto, was FRPO’s Residential Development of the Year in 2019. Mr. Berman is a Trustee of the Urban Land Institute and serves on the Board of Governors of the Corporation of Massey Hall and Roy Thomson Hall. He holds a Master of Business Administration degree from Harvard Business School, where he was designated a Baker Scholar and a Bachelor of Commerce degree from McGill University.

ULI Toronto was pleased to host its 11th annual Fireside Chat with Geoff Smith, the President and CEO of EllisDon on the evening of February 20th, 2019. Over 350 attendees joined together that evening to learn more about EllisDon’s humble beginnings, the importance of company culture and leadership, and Smith’s insights into the future state of the industry. EllisDon is an employee-owned, $4 billion-a-year construction services company that has grown exponentially from its modest origins in London, Ontario. Founded by two brothers in 1951, Don Smith (Geoff’s father) and David Ellis Smith, the company’s first project was a small London, Ontario schoolhouse. 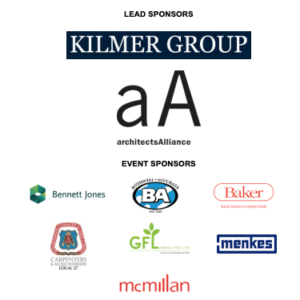 ULI hosted its 10th annual Fireside Chat with Peter Gilgan, Founder, and CEO of Mattamy Homes, the largest privately-owned homebuilder in North America, with a 40-year history of operations across Canada and the United States. One of Canada’s most successful entrepreneurs, Peter was appointed to the Order of Canada in 2013 in recognition of his innovative leadership in Canada’s construction industry and for his philanthropic support of initiatives in health care, education, and athletics. In establishing Mattamy Homes, Peter studied home design concepts from all over North America, particularly that of a growing movement named New Urbanism. It called for homes to be more individual in character, designed into friendlier communities, infused with integrated green space, and with consideration given to people over cars. The success of this approach continues today.  Join us for an exclusive evening with Peter, in conversation with Mary Federau, Executive Vice President and Chief Human Resources Officer at Mattamy Homes.

ULI Toronto’s 9th Annual Fireside Chat brought with it a unique theme this year, with the organization choosing to host three successful and highly regarded professionals in their respective fields whose common affiliation at a basic level is their last names. The three “Diamonds” invited to be interviewed during this year’s event were A.J. Diamond (Jack) of Diamond Schmitt Architects, Dr. Sara Diamond (Sara) President of OCAD University, and Stephen Diamond (Stephen) of Diamond Corp.

Ken Greenberg of Greenberg Consultants conducted the interview with Will Fleissig. Greenberg is a favourite of ULI Toronto and a wonderful interviewer with a great presence. On stage, the two gabbed about Fleissig’s move to the city and what a successful waterfront means to him during ULI Toronto’s 8th Annual Fireside Chat. 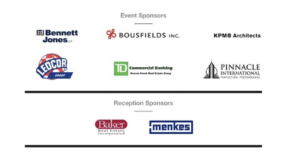 ULI Toronto was pleased to host its 7th Annual Fireside Chat with John Tory, Toronto’s 65th Mayor in an intimate evening in conversation with John Duffy, Principal, StrategyCorp – a celebration of family, business, and city building.  The pair discussed a wide range of topics, from the finer points of his growth and transit agenda for the city to his long and diverse career in business, law, and politics.

“He always said you never learn anything by talking,” reminisces Steven of his late father Murray Menkes, who began as a small house builder in the 1950s. Murray, an opinionated risk-taking visionary, laid the foundation for his three sons: Alan, Steven, and Peter, who collectively elevated Menkes Developments Ltd. to new heights. Today, the Menkes Empire is responsible for some of the greatest real estate developments in the Greater Toronto Area. In an intimate conversation moderated by Paul Godfrey, president, and CEO of Postmedia Network and a close friend of the family, attendants at ULI’s 6th Annual Fireside Chat listened silently as the three sons shared stories and lessons learned over the course of 37 years. 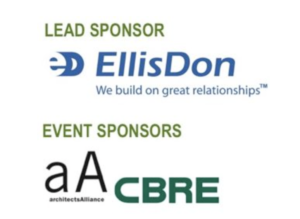 An impending late-winter mega-storm was not enough to curb the opinions – or the attendance of those who wanted to hear it – of equally stormy Hazel McCallion, Mayor of the City of Mississauga. On February 27, “Hurricane Hazel,” as she is affectionately known, sat down with Jennifer Keesmaat, the Chief Planner at the City of Toronto for ULI Toronto’s 5th Annual Fireside Chat. For over an hour, the 200+ attendees at the Toronto Board of Trade were riveted by this rousing conversation between two of the GTA’s foremost leaders in the areas of urban development, transit, and job creation. 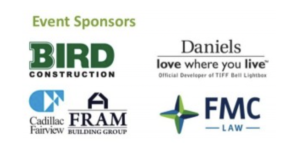 “Formerly of Cadillac Fairview and now of everywhere” was the attention-grabbing introduction from John O’Brian, vice chairman of CBRE, when he sat down with a longtime friend and fellow real estate veteran, Peter Sharpe, at the summer ULI Fireside chat on June 19th. The conversation touched on key people and experiences that influenced Mr. Sharpe’s career. While best known as the president and CEO of Cadillac Fairview from 2000 to 2010, Mr. Sharpe was asked to start his story at the beginning. 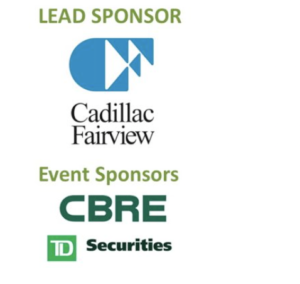 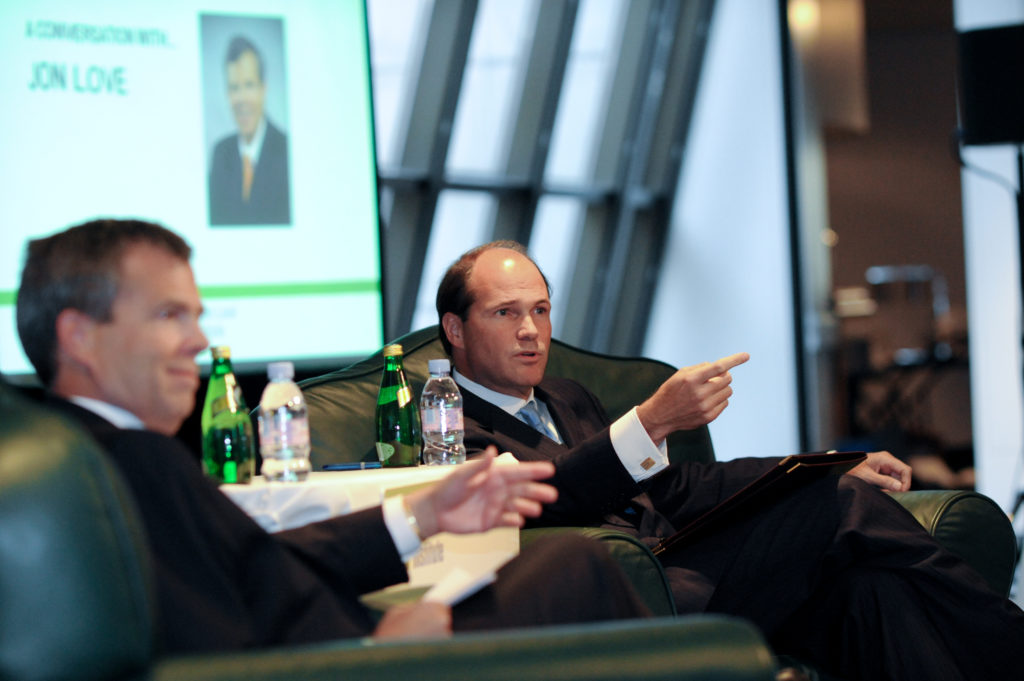 Don’t miss this rare opportunity to hear one of Canada’s real estate executives speak candidly about his impressive career and the state of the commercial real estate industry. Join Blake Hutcheson, President, and CEO of OxfordProperties Group as he hosts this unique and interactive conversation with Jon Love, Managing Partner of KingSettCapital. Topics will include Jon’s start in the industry, some of his most challenging business decisions, and lessons learned over his years in the business. 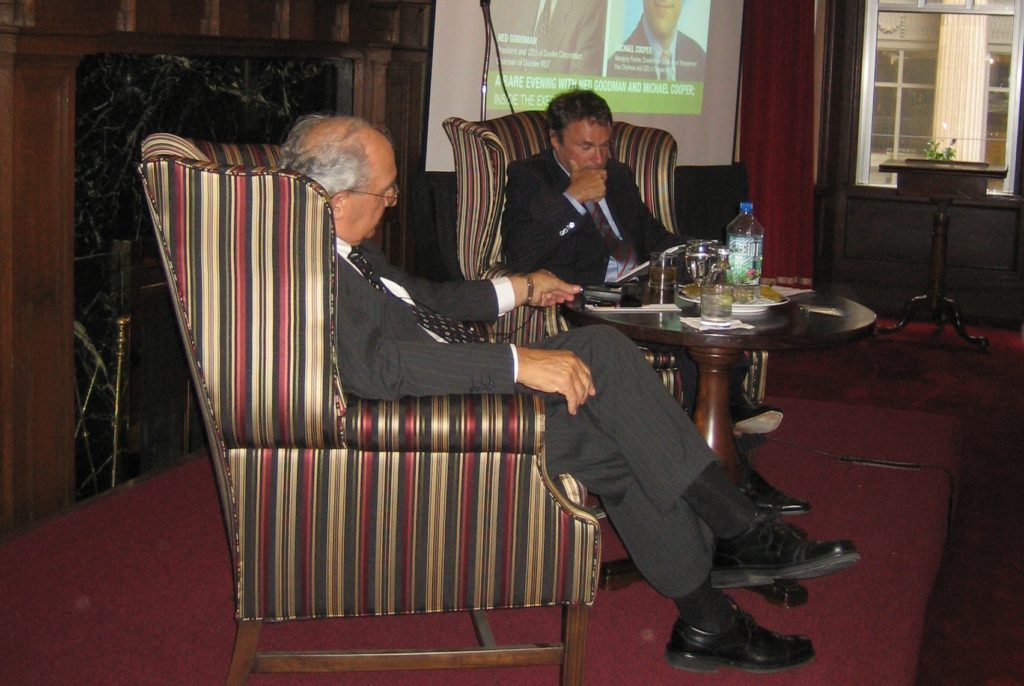 ULI Toronto hosted two of Canada’s most successful business leaders as they sat down with ULI members for a fireside chat at the National Club in Toronto. Ned Goodman of Dundee REIT was interviewed by his friend and colleague Michael Cooper. The format was informal and allowed the audience to observe a casual, yet dynamic exchange between two old friends. Over the course of the evening, Ned shared his wisdom on a range of topics and experiences. Ned’s sincere and straightforward insight was well-received by the crowd. What came through most of all was his passion for his work and the people who work with him.