Receive the latest email updates on events, research, and more!

By submitting this form, you are consenting to receive marketing emails from ULI Toronto. You can revoke your consent to receive emails at any time by using the SafeUnsubscribe® link, found at the bottom of every email.

Need help with your membership or registering for an event?
Contact ULI Customer Service 1-800-321-5011 or [email protected]

You may reach us through our general inbox email at [email protected]. 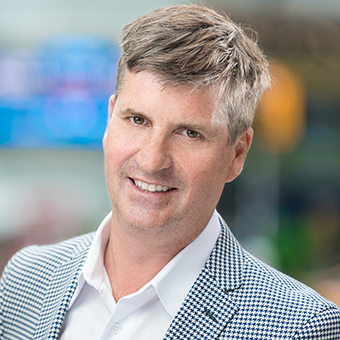 Richard Joy is the Executive Director of the Urban Land Institute (ULI) Toronto. Since his arrival as the first full-time Executive Director in 2014, the organization has more than tripled its membership – now the largest chapter in the global network.

ULI Toronto’s multidisciplinary professional network extends across the private and public sectors to advance the global ULI mission to “shape the future of the built environment for transformative impact in communities worldwide.”

Prior to joining ULI, Richard served as the Vice President Policy and Government Relations at the Toronto Region Board of Trade (2008-2014) following a tenure as Director of Municipal and Provincial (Ontario) at Global Public Affairs, a leading Canadian Government Relations firm.

Richard’s extensive public policy knowledge and experience comes from over a decade of service at Toronto City Hall and Queen’s Park, where he was the Senior Policy Advisor to the Minister of Municipal Affairs and Housing responsible for the public policy development for the City of Toronto Act (2006).

Richard received his Bachelor of Arts in History from Carleton University, and currently sits on the Advisory Committee at the Toronto Metropolitan University Centre for Urban Research and Land Development. He has previous served on the Premier of Ontario’s Community Hubs Advisory Panel, the City of Toronto, TOCore Advisory Committee, and the Greenbelt Foundation, Places to Grow Advisory Board. 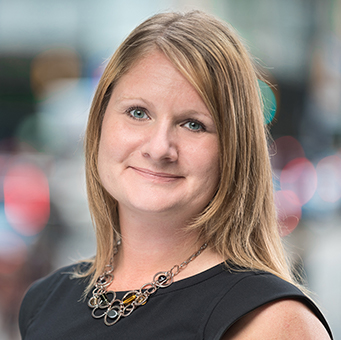 Alexandra Rybak joined ULI Toronto in 2005 as its founding staff member,  working with senior real estate leaders in the Toronto region to expand the ULI into Canada. Alexandra oversaw the creation and operations of all of ULI Toronto’s committees, and executed marketing and events to increase the organization’s profile to Toronto’s real estate development community. Today she continues to build relationships with members and key stakeholders to deliver valuable industry programming.

Alexandra graduated from Carleton University with a Bachelor of Arts in Art History/Architecture and holds a Certificate in Communications from the University of Toronto. 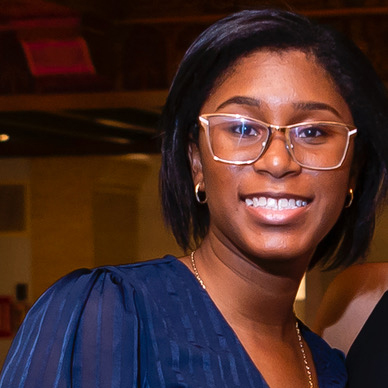 Known well for her convivial attitude and driven approach to event management, Thameena joins ULI Toronto after almost 5 years at the Toronto Region Board of Trade, where she managed a variety of events — including workshops, networking events, podiums and galas — and supported the Scale-Up Institute Toronto’s Recovery Activation Program (RAP), helping small-to-medium sized businesses digitally transform their operations during the pandemic. With an unparalleled enthusiasm about all things events, Thameena is passionate about creating the successful marriage between efficient event logistics and unforgettable customer experiences. Thameena holds a Diploma in Special Events Planning and a post certificate in Sport and Event Marketing from George Brown College.

Thameena loves to travel, live music, and spend time with her family and friends. She is excited to join the ULI Team. 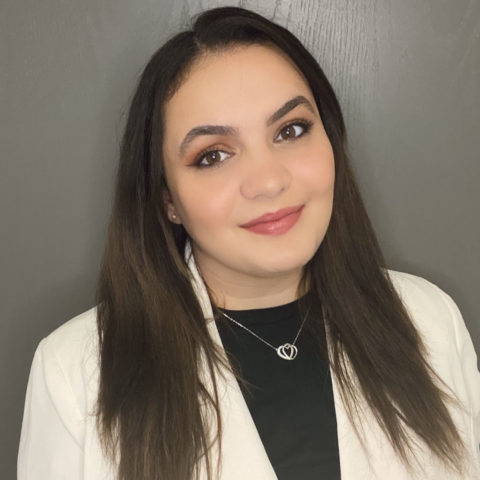 Bdour joined ULI in January 2021, allowing her to continue her interests in land use planning and sustaining thriving communities. As a Senior Associate, Bdour supports ULI’s Toronto District council and its members.

Bdour is a graduate from Ryerson University where she received her Bachelor of Urban Planning. She strongly believes in creating more liveable, resilient, and sustainable communities. Bdour has been an avid volunteer for organizations such as the Toronto Harbourfront and Heart and Stroke foundation.

Outside of her work, Bdour enjoys attending film festivals and exploring new cuisines around the city.

Bdour is excited to join the ULI team and looks forward to supporting our mission to make cities a better, more livable place for everyone. 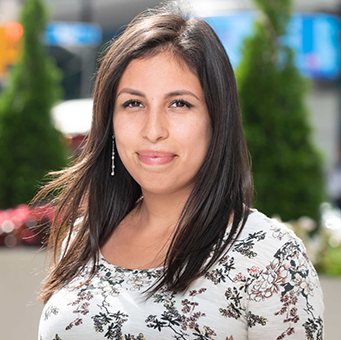 Jenny joined ULI Toronto in June 2019, allowing her to continue to explore her interests in sustainable land use and development. As an Associate, Jenny supports the work of ULI Toronto District Council and its members.

Before joining ULI, Jenny worked at Scotiabank, where she provided administrative and financial support to the IT sector. Prior to working at Scotiabank, Jenny graduated from York University with a Bachelor of Environmental Studies, specializing in Urban and Regional Planning. Jenny strongly believes in creating more liveable, walkable and sustainable communities, she is in the process of completing a Sustainable Planning and Development Certificate at Seneca College. Jenny has previously volunteered for nonprofits such as ULI, Options for Davenport, and sat on the Board of Directors at a housing cooperative in Toronto.

Outside of her work, Jenny enjoys spending time with family, cooking, watching movies, and reading.

Jenny is excited to join the ULI team and looks forward to supporting our mission to make cities a better, more livable place for everyone. 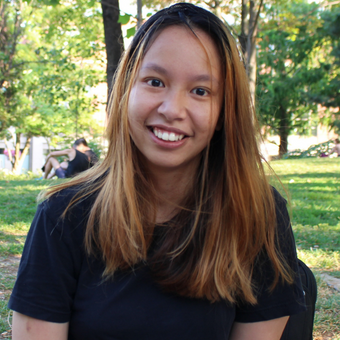 Marissa joined ULI Toronto in January 2023, allowing her to continue exploring her interest in grassroots leadership, storytelling for planning, real estate and land use. Marissa’s first experience with ULI was at the Toronto Student Committee in 2019-2020.

Marissa has previously interned for Lura Consulting and Centre for Connected Communities (Openly Connected) and completed a Capstone Project with SharedPath. Marissa spends her spare time pursuing her creative passion in film-making and storytelling. She is excited to join the ULI team and looks forward to making a significant contribution and impact to make cities a better, more livable place for everyone. 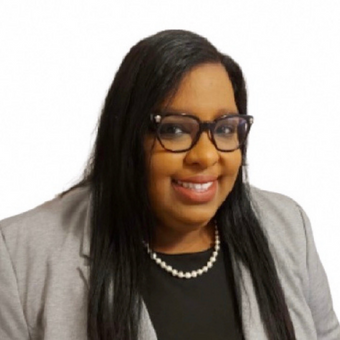 Krystal Gonez-Sebrun joined ULI Toronto in January 2021, allowing her to fulfill her passion for serving her community and supporting the mission of ULI Toronto in shaping a sustainable and thriving future for the Toronto Region. As a Manager, Krystal’s role is actively involved in the development, implementation and execution of over 75 yearly events.

Prior to joining ULI, Krystal was an Area Administrator at the Heart and Stroke Foundation of Canada where she worked on various fundraising programs, volunteer and office management. She has over eight years experience in the non-profit environment. She is passionate about examining and understanding trends in real estate and how they impact the daily life of individuals. Krystal holds a Bachelor of Science in Business Administration from the Northern Caribbean University as well as two post graduate certificate (Honours) in Project Management and Human Resource Management from Humber College.

Krystal enjoys volunteer engagement, Event Management and Logistics as well as Financial and Administrative Management. She is excited to join the ULI team and looks forward to making a significant contribution and impact to make cities a better, more livable place for everyone.

As a volunteer-lead, not-for-profit organization, ULI Toronto relies on our dedicated team of volunteers to help us in all aspects of the organization. From planning events to increasing membership, our committees are responsible for our success.

Event volunteers receive free admission to events and have the opportunity to get the to know ULI Toronto members and staff.