ZOOM
Register
View Event Attendees
REALPAC, in partnership with BOMA Toronto, CoreNet Global Canadian Chapter, NAIOP Greater Toronto Chapter, SIOR Canada Central Chapter, Toronto CREW, and ULI Toronto, is pleased to present the third part of our multi-series program on Racism & Exclusion in the Workplace, sponsored by KingSett Capital. This series aims to help members of the Canadian commercial real estate industry understand, address, and dismantle systemic racism in the workplace.
Taking place during Asian Heritage Month in Canada, Part Three of our series will focus on the recent tragic increase in violence against Asian and Pacific Islander communities in North America, and how commercial real estate and wider communities can work to dismantle anti-Asian racism in Canada. The discussion will explore:

The webinar will be moderated by Michael Brooks, CEO, REALPAC. Gary Yee is a Director on the Board of Chinese Canadian National Council for Social Justice (CCNC-SJ). He was the National President of the original Chinese Canadian National Council, from 1987 to 1991, when he led the redress campaign for the Chinese Head Tax and Exclusion Act. Gary has an extensive professional and community record in issues of social justice and access to justice, in his roles as a leader, advisor and advocate with a wide range of groups and supporters. Early in his legal career, he was the first Clinic Director of the Metro Toronto Chinese & Southeast Asian Legal Clinic (1987 to 1992). He was a member of the Law Society of Ontario’s Equity Advisory Group, and he was a founding Director of the Federation of Asian Canadian Lawyers (FACL).
View in Member Directory Will open in a new window 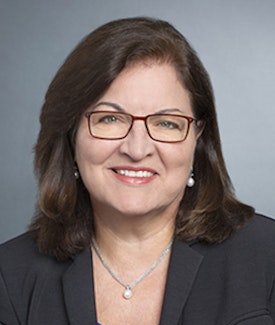 Anna Kennedy is COO of KingSett Capital, Canada’s leading private equity real estate investment business which co-invests with institutional and ultra-high net worth clients seeking to provide premium risk weighted returns through its various fund strategies. Anna was formerly EVP and CFO at Oxford Properties Group. Anna is also active in the non-for-profit sector, sits on the Board of Governors of U of T and the boards of the CD Howe Institute and REALPAC.
View in Member Directory Will open in a new window 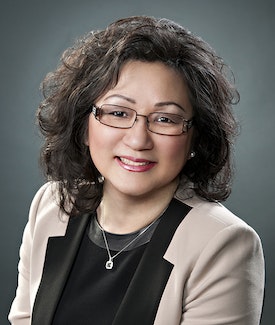 Ms. Woo-Paw holds a Bachelor of Arts degree in social work from the University of Calgary and has dedicated her career to promoting active civic engagement and volunteerism, social inclusion, cross-cultural understanding and antidiscrimination awareness. An active part of her community for 40 years, Ms. Woo-Paw founded seven organizations including the Asian Heritage Foundation, the ACCT Foundation, the Ethno-Cultural Council of Calgary (Action Dignity) and the Calgary Chinese Community Services Association as well as served on over 30 committees and boards at local, provincial and national levels. Ms. Woo-Paw is also a member of the Calgary Arts Foundation currently.
View in Member Directory Will open in a new window 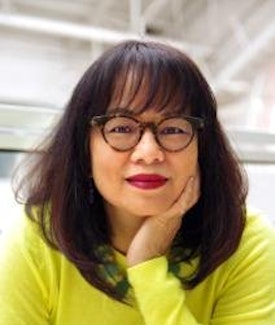 Leslie Woo CRE® is Leslie Woo is a respected leader with over 25 years of experience building sustainable communities and shaping urban growth in Canada’s fastest-growing urban region, the Toronto metropolitan area. Leslie assumed the role of CEO at CivicAction in September 2020, a premier civic engagement organization that convenes established and rising leaders from all sectors, backgrounds and experiences. CivicAction catalyzes action for impactful solutions to address pressing urban challenges. Leslie is a tri-sector athlete with experience in the public, private and not-for-profit sectors as well as her experience as a planner, architect and community activator. An accomplished leader, Leslie was named One of Canada’s Top 100 Most Powerful Women in 2017 by WXN, Spacing Toronto’s Transit Changemaker in 2016 and Canada’s Women’s Infrastructure Network’s 2015 Outstanding Leader. Founder of shebuildscities.org, Leslie uses her voice and platform to amplify and celebrate other women city builder Before joining CivicAction, Leslie held many executive roles over her twelve year career at Metrolinx , the regional transit authority for the Toronto centred Greater Golden Horseshoe . As Chief Planning and Development Officer Leslie was responsible for guiding over CA$60B regional transit investment, and overseeing the delivery of public policy benefits for more complete and connected communities. Leslie pioneered the establishment of transit oriented development as a new line of business for the agency and its partner Infrastructure Ontario. Leslie has been named, one of Bisnow’s 2019 Toronto Power Women in Commercial Real Estate, one of Canada’s Top 100 Most Powerful Women in 2017, Spacing Toronto’s Transit Change-maker in 2016, Canada’s Women’s Infrastructure Network’s 2015 Outstanding Leader and a 2011/12 Fellow with the International Women’s Forum. Prior to Metrolinx Leslie worked in the municipal, private and not-for-profit sectors. She was the key author of the original Greater Golden Horseshoe Growth Plan (2006), which by 2016 had resulted in urban intensification totalling over 18 percent increase in multi-family residential development, a two-thirds reduction of greenfield lands consumption, and conserved about 800 square kilometres of agricultural and rural land. Leslie is an active volunteer with the Urban Land Institute as a member of the Americas Executive Committee, a Global Governing Trustee, a member of the ULI Prize for Visionaries in Urban Development jury and a member of the Curtis Infrastructure Initiative Global Advisory Board. She is ammeber of the Public Development and Infrastructure Product COuncil and the ULI Toronto Governance Committee. Leslie is a Director on the board of Women’s College Hospital, where she chairs the Quality, Academic and Equity Committee. She is a retired member of the Ontario Association of Architects and the 2015 recipient of the Renison University College Distinguished Alumna Award. Leslie is the creator of the blog shebuildscities.org celebrating women city builders around the world. Leslie received a Bachelor of Environmental Studies, a Bachelor of Architecture and a Masters of Planning from the University of Waterloo, Canada
View in Member Directory Will open in a new window