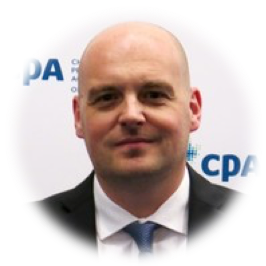 ULI Toronto is deeply shocked and saddened by the unexpected news that Waterfront Toronto’s, Sasha (Sasa) Jurak, died on January 7.

Sasha was a member of ULI Toronto and most recently a participant in our 2019 Curtner (mid-career) Urban Leadership Program. We learned from Sasha’s wife, Jelena, that he was diagnosed with lymphoma just as his team was finalizing their presentation last May. As a measure of his deep commitment and professionalism to his team, she wanted them to know why he had to pull back from the project finale, which he attended, noting that he was an “honourable man with an exceptional work ethic.”

Sasha’s career was on an impressive trajectory from his graduation with an MA in Economics from McMaster University in 2003, through well-rounded and successively senior public sector roles in the provincial government, including Finance and Treasury Board to Infrastructure Ontario, and most recently Director of Program and Cost Management at Waterfront Toronto. His participation on the full year ULI Toronto Curtner Urban Leadership Program reflected a commitment and vision of Waterfront Toronto in Sasha’s role as a city building leader.

Sasha leaves behind his four-year old daughter, Katarina, and a Go Fund Me campaign is underway to raise a scholarship fund to help secure her future education. ULI Toronto encourages members of the Toronto city building community to make a donation as a small but meaningful way to support a member of our professional community.

ULI Toronto expresses our deepest condolences to Sasha’s family, friends and colleagues during this difficult time.